Skip to Content
Home Hobbies 11 Netflix movies/shows you can binge-watch this weekend.

Zainab Sariya 17 Comments on 11 Netflix movies/shows you can binge-watch this weekend.

Well hello again! We are back with new awesomesauce and binge-worthy recommendations. But with a twist, this time I asked my Instagram followers to recommend Netflix movies/ shows via a QnA session.

I received a lot of recommendations but I was only able to see a few. I’ll be reviewing as well as recommending too. I’ve included few recommendations from my Instagram friends and others are mostly mine. (Yes my mom also comes in my Insta friend category XD)

Okay so let’s begin, the movies/shows I will list will be in no particular order. Let the reviews begin 🙂 All of these movies/shows are available on Netflix.

I wish I was as lucky as Emily to live or work in Paris! But alas! In reality, it doesn’t work that way. Judging by the show’s poster, I knew what kind of show this would be. This show is utterly fictitious. If you are someone who likes realism in cinema then you would dislike this show. Jolly people like Emily don’t exist. The show is cute but very very unrealistic.

This show is fun but not something amazing, it’s overrated I guess. But if I saw this when I was a teenager, I probably would be swooning and dreaming about every french guy in the show. GABRIELLL!!!! PS: I still do 😉

I knew how this show would be but yet I watched the entire season, such a hypocrite I am! Tbh, we all like to watch these kinds of shows secretly but we don’t accept it. If you are having a bad day then you should definitely watch it to lighten your mood. (That’s when I watched it!)

10/10 RECOMMEND! This show. Stranger things is a show set in the ’80s and is created by the awesome Duffer brothers. In a small town of Indiana, a boy named Will mysteriously disappears and this is how it begins. It’s a science fiction – thriller show with amazingly written characters. Each character has their own story and their development over the progress of each season is just tremendous.

It has super creepy yet cool demogorgons, as as well as Eleven- The girl with unearthly powers who saves the day a lot of times. The journey from S1 to S3 goes from being good to being extraordinary. Keeps you at the edge of your seats, emotional, damn funny too. IT’S A MUST WATCH! I just can’t wait for S4!!!!

My favourite duo is Steve and Dustin – the cutest, coolest, and the best! Also, Hopkins and Elle have my heart, their relationship is just awwww 🙂

Filmmaking is an art! And art can be created only by artists. Anurag Basu is one artist. Be it Barfi, Jagga Jasoos, Life in a Metro, or Gangster, he has shown his art exceptionally well. The movie Ludo is inspired by the game “Ludo” itself. Duh!

Ludo is a movie revolving around four stories just like the four colors in ludo. Four different stories that are interlinked and how it’s just wow! Just like how different players in ludo cross each others paths. The cast is excellent but Pankaj Tripathi the insane criminal, Abishek Bachan and Rajkumar Rao take the cake with their mindblowing acting.

It’s funny, different, stupid, romantic, emotional and so much more. It’s definitely a must-watch even though if it’s a bit long.

Was really anticipating the film after watching the teasers but my expectations didn’t meet the hype at all. I don’t know why people were praising Vikram Aditya Motwane’s direction and Anil Kapoor’s acting so much. It is obviously something different and unique but in my opinion, the movie was quite predictable.

As usual Sonam Kapoor was overacting, Harshvardhan was okay. This movie actually could had a lot of potential but sadly it did disappoint me. Maybe my expectations were too high.

Overall, it’s watchable as its different. You get to see Anil Kappor’s and Anurag Kashyap’s houses . (Irrelevant. I know but yeah!)

Directed by Ramin Bahrani, this movie is an adaptation of Arvind Adiga’s 2008 novel – “The White Tiger, a New York Times Bestseller. It’s the story of Balram Halwai who narrates his journey of becoming a successful entrepreneur from a driver. He calls himself The White Tiger who is born once in a generation.

The story unmasks and shows the dirty politics, the rich and the politicians play in order to become powerful. Watch the movie to find out more. 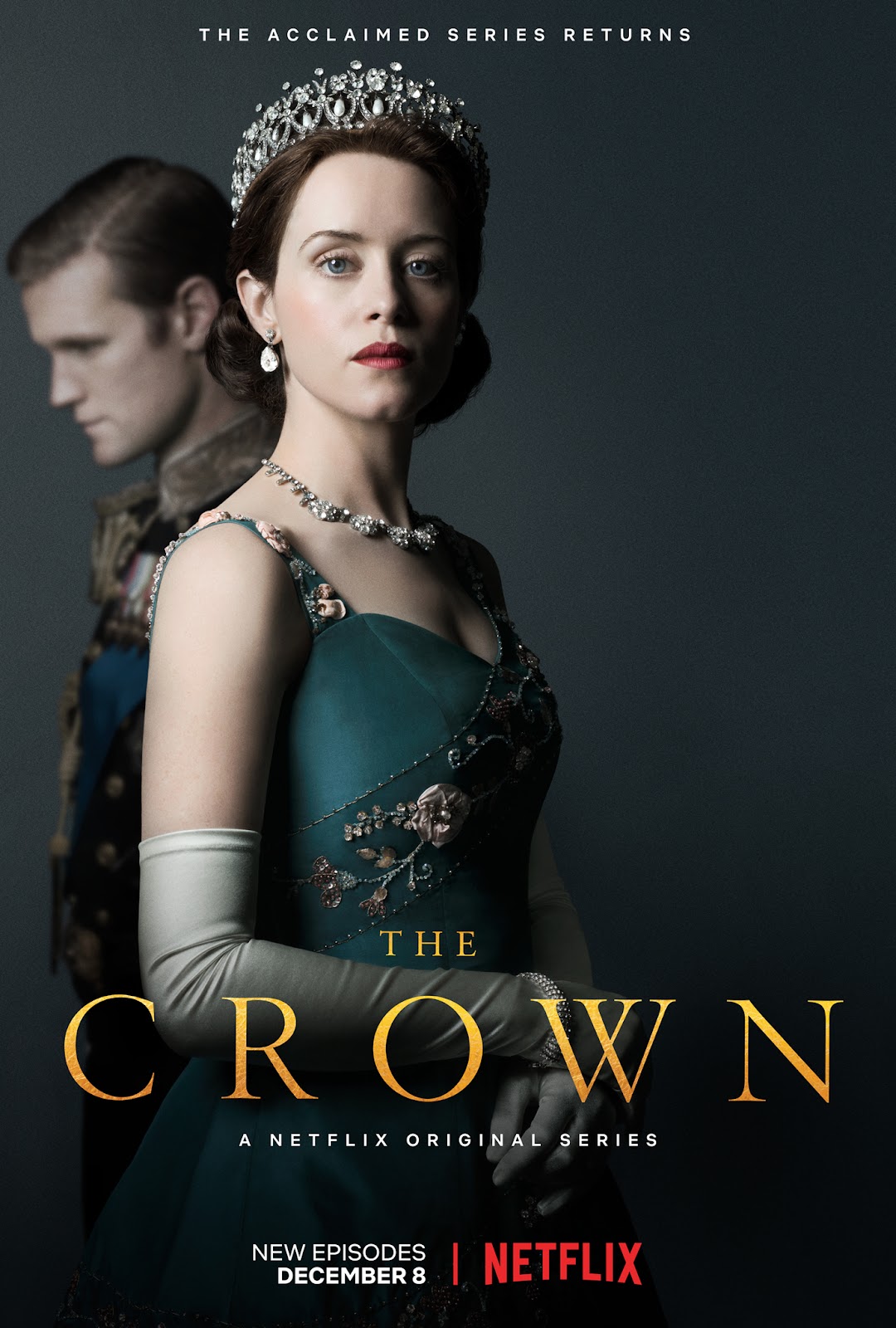 This took me quite a while to finish but it was worth it. I started watching this show because I wanted to know the story about Princess Diana and Prince Charles. I got to know about this show a while back but at that time I wasn’t subscribed to Netflix. Once I got Netflix the first recommendation I got was The Crown.

At first the initial episodes I found it a bit boring but once I got hooked to the story I couldn’t stop. I don’t know what was the intention of making this show but I think it was balanced.

Half of the time I was gawking at the castles and titles and what not. I got to learn a lot about history as well. I love the character development of Princess Margaret over the seasons. Another reason I liked this was that they did not try to whitewash the Royal Family’s images. I had a certain perception about the Queen which changed after watching the show.

Also, s/o to Claire Foy who plays Queen Elizabeth in S1 who is my favourite. (I watched the entire S4 in 3-4 days to review this show for this post – you can see the dedication level here) Also hoping for the next seasons to come soon. 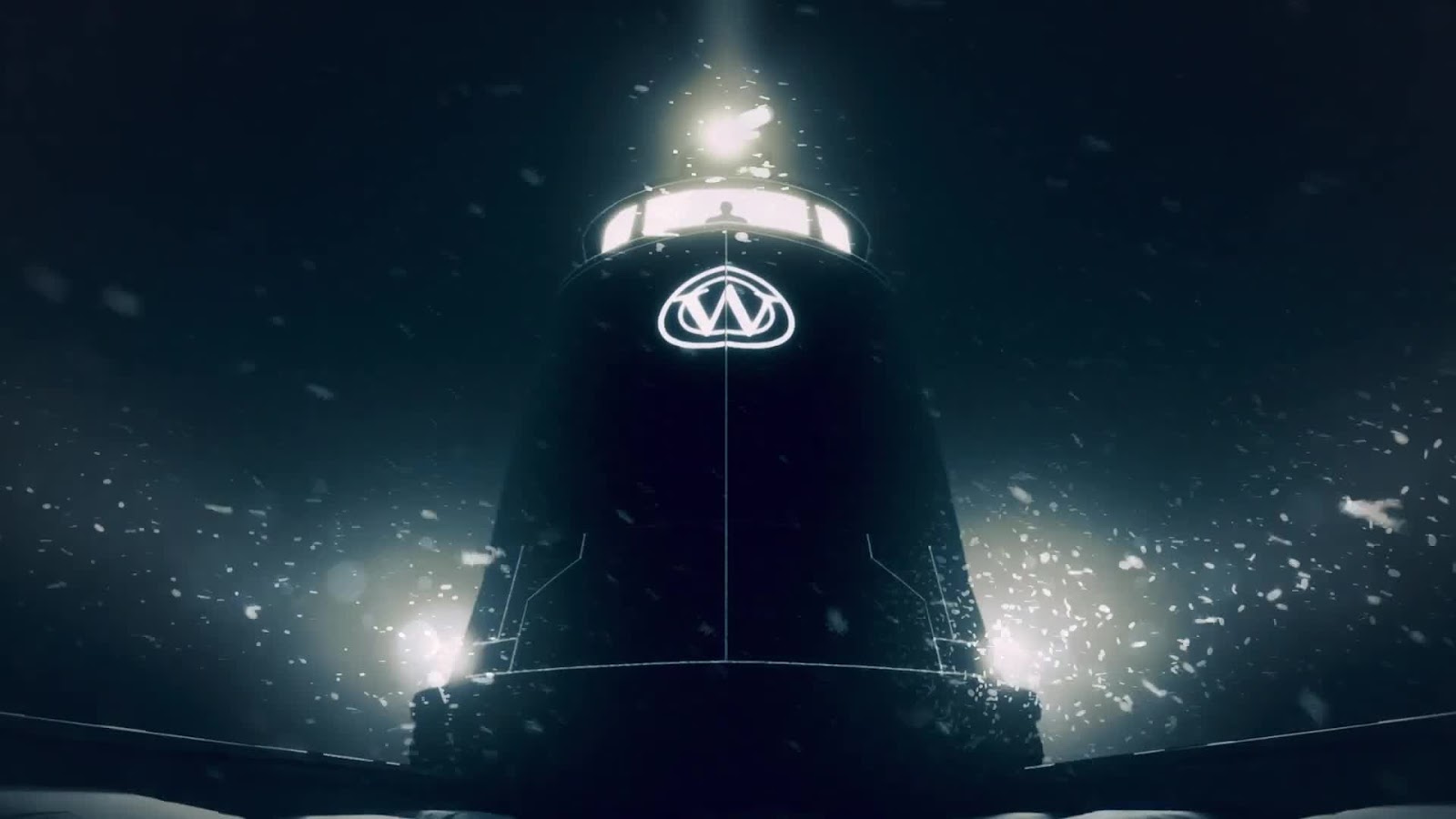 Trust me when I say that my mom has excellent choices when it comes to movies. She loves Sci-fic movies. Mystery & magic is her favourite genre. Recently we have been binge-watching more post-apocalyptic thrillers and guess what, we love them! Snowpiercer is one such show.

Snowpiercer is the name of a train that is more like Noah’s Ark. The world has frozen to death and the only survivors are inside this train. You put a foot outside and you are frozen to death because the temperature is frigging -112 degrees celsius. Yes, you heard that right! You see the whole train is divided into classes and there are a lot of social differences and a lot of injustice. I don’t want to reveal more, just watch it.

Each character, you learn so much about human behaviour and I’m just amused by the working of the train, how they live and survive, how food is grown etc etc. 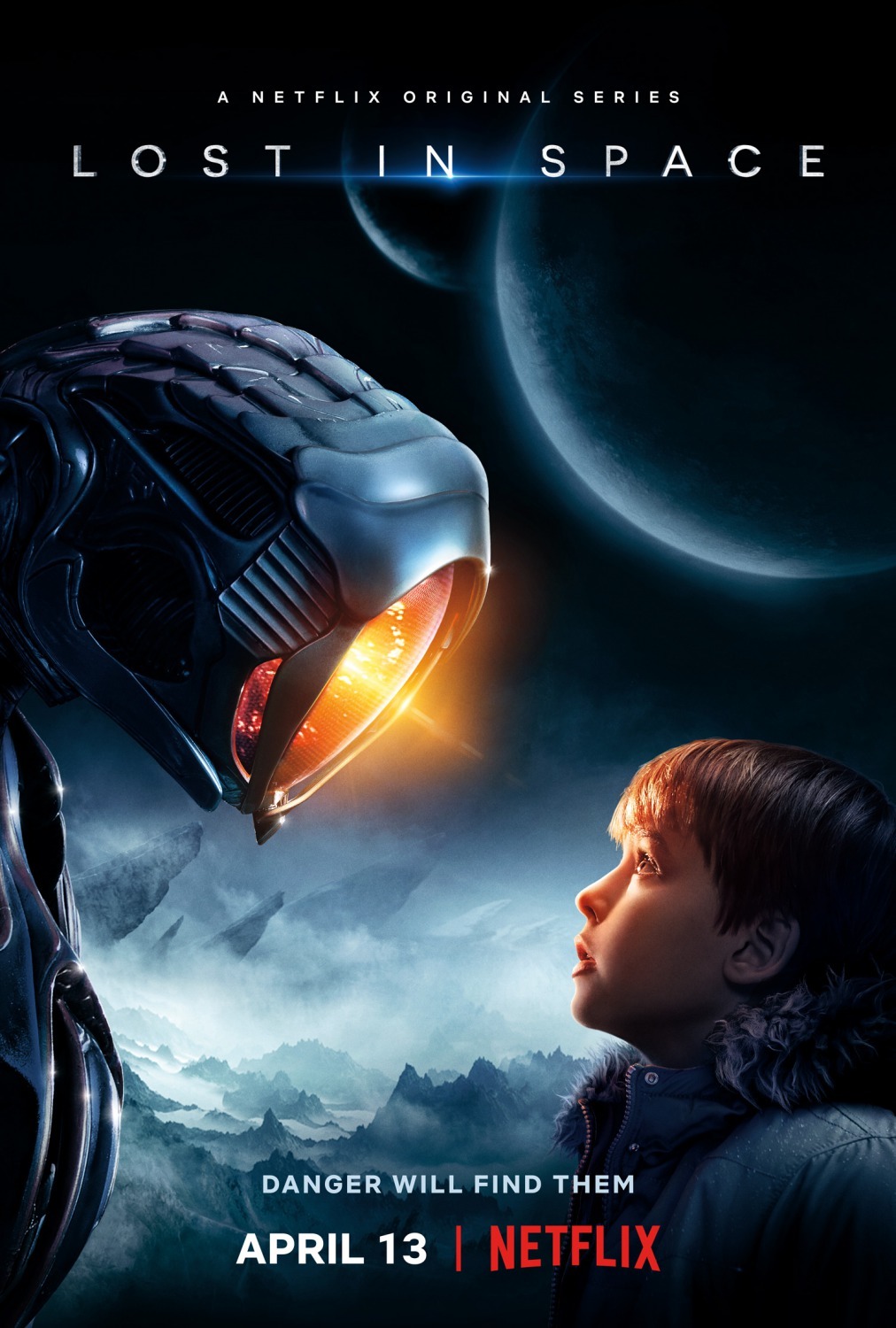 The second post-apocalyptic show on this list but this one’s in space and it’s so damn good. Especially if you are somebody who loves sci-fic space genre movies, then this one is made for you.

The earth is dying, and people need to relocate to Alpha Centauri. The colonists are selected based on a lot of physical and survival tests. The story revolves around the Robinson family which land on a strange planet and are separated from the colony. There are dangerous and alien elements all around them. In each episode, they have a different problem to solve which keeps the audience on the edge of their seats always.

You are definitely going the curse the antagonist Dr. Zachary for sure. Lost in Space has impressed me a lot and you should definitely check it out. The journey to different planets, their survival techniques and how they grow stronger as a family. You won’t be disappointed.

Recommended by My Cousins 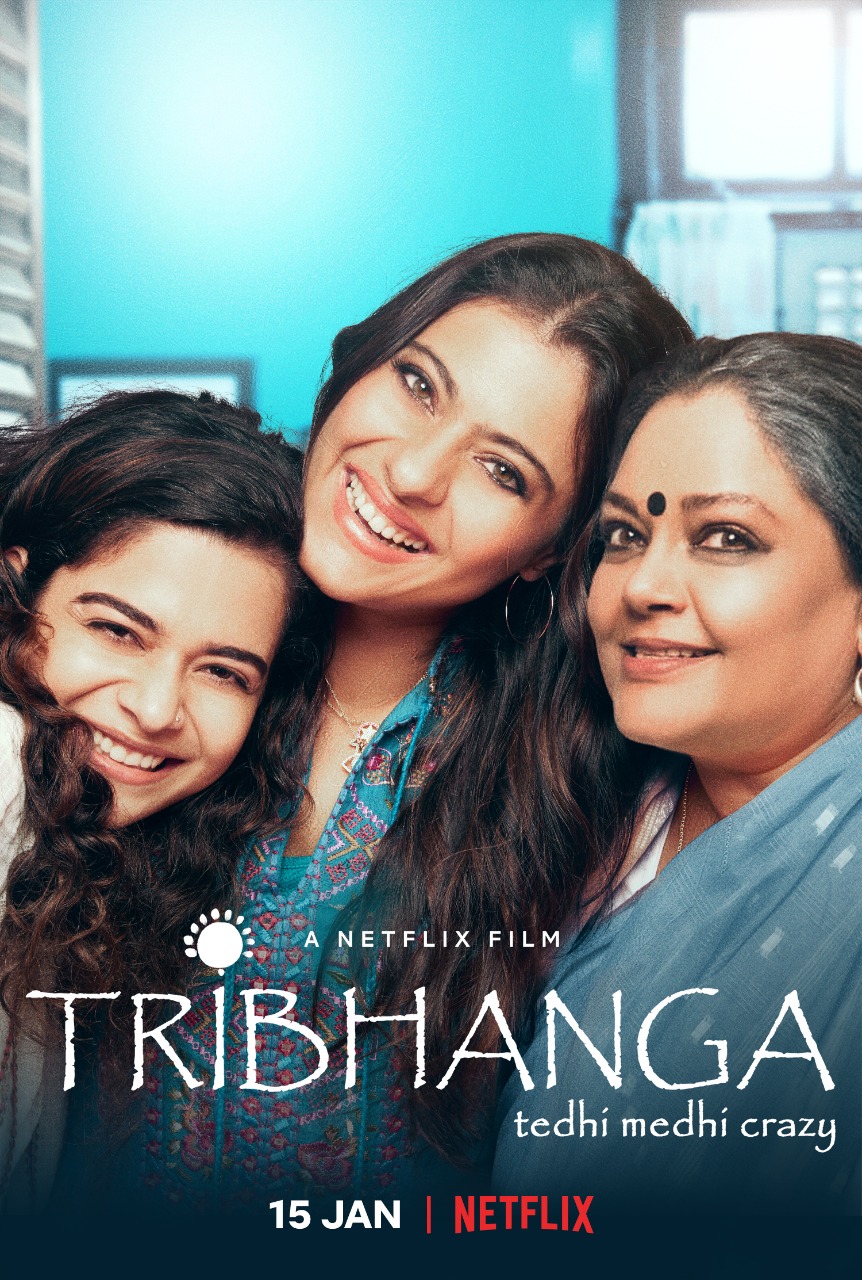 We watched this movie the day it was released. Yes! We were excited about this film and anticipated it a lot. As it was directed by Renuka Shahane, the expectations were really high. Also with ah-mazing actors like Kajol, Tanvi Azmi and Mithila Palkar, the movie looked promising.

Tribhanga is a story of three generations of women who all have different journeys and their fair share of ups and downs. Nayantara the first generation character has an estranged relationship with her daughter. Her daughter Anuradha has a troubled childhood which makes her bitter towards her mother. Nayantara falls in a coma which brings all three women together. Revelations are done, which clear a lot of misunderstandings. Overall the story is good but the execution is poor. The stories of each character were vague and could be a little more detailed for the audience to actually connect with the story. Watch ‘Rita’ by Renuka Shahane – that one will impress you.

“Say you’ll remember me, standing in a nice dress, staring at a sunset…..”

Romance, drama, comedy and scandal – the show gives you all. You can expect a lot as it’s coming from the Shondaland. Set in the Regency Era of England, a story of eight close-knit siblings who are in search of love to marry. Filled with balls, luncheons, tea parties, and all things fancy. The castles, the titles and the way they talk is just elegance personified. ‘Will you care to join me for a promenade? ‘ Hehehe 🙂

I love how they have a diversified cast and Simon (yes you need to mention him differently). Daphne is good but I like Eloise better, I hope season 3 is about her. Have you guys heard? Season 2 has an Indian female lead who is going to romance Anthony. Yay! Can’t wait!

Simone Ashley and Jonathan Bailey are set to dominate the social scene as the leading love interests of #Bridgerton Season 2 https://t.co/4uSsWW10cR pic.twitter.com/0FtfA4CtVE

So we come to end with this list, but a lot of other recommendations are still pending, maybe a part 2 and part 3 might be needed 😉 I tried watching more but it takes time to complete shows.